ONLINE REGISTRATION IS NOW CLOSED. PLEASE EMAIL WESTPANTHERS11@GMAIL.COM TO GO ON WAITING LIST. PRIORITY WILL BE GIVEN TO YEAR 8’S

REGISTRATION FOR TRAINING IS NOW CLOSED

Congratulations to former West Panthers and UK LIons Captain Ollie on his first cap for Engalnd U16’s in a test series against Ireland. Ollie was awarded man of the match in one of the games.. Well done Ollie.

In baking hot weather the Panthers girls pulled out all the stops to come away with the silver medal. The girls drew with South saxons in the semi final where they won on the dreaded penalty shuffles. Although they lost 5-1 in the final to North West it was a well fought entertaining game. 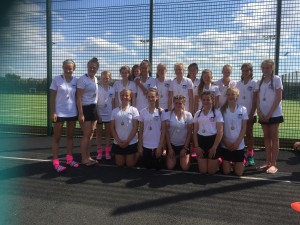 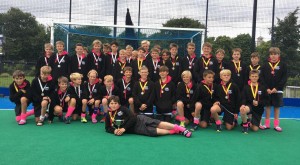 What a weekend,,, The Cup team came home from Nottingham with silver medals and the Trophy team with the Gold medal.  Both teams put on a fantastic display of passing team  hockey, which set the standard for the tournament and left the spectators praising all the boys for their great play and sportsmanship.

West Panthers Girls off to Rotterdam with UK Lions

Helena, Katie, Lucy, Eleanor, Maddie and Lauren are looking forward to playing in an International Tournament in Rotterdam over the Easter weekend. the West girls were invited to be part of the UK Lions squad after last years U13 Festival in Manchester. Also going are boys Ollie Drummond, Ollie Rundle and Jack Webb.

Congratulations to Ollie Drummond who has been appointed captain of this seasons UK Lions U14 squad. We wish Ollie well for the forthcoming season.

West Panthers are delighted to announce that Sue Hutchings has been invited to be the UK U13 Girls Lioness Coach. The girls who were invited following the U13 UK Festival of hockey will train and work towards several tours next year in Rotterdam, Ireland and Scotland.

Panthers took 2 teams to this years U13 UK Festival, with the Cup team finishing in 5th place overall and the Plate team winning the newly organised Trophy tournament. The cup team overcame Annandale from Ireland in their play off match 3-0, whilst the Plate team went to Penalty shuffles in their final against the North West, after the game finished 0-0. GK Cameron Cleeve was up to the test saving all but 1, whilst the Panthers scored to take the title. 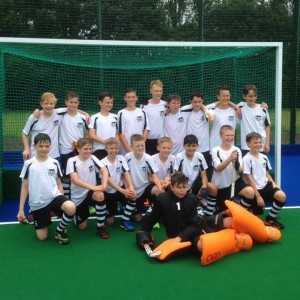 U16 – Tom Stevenson and Bill Taylor

Bronze Medal for U13 Panthers

The U13 Panthers came away with a Bronze medal at the 2015 U13 Festival held in Nottingham.

Having won all their group games, West Scotland Cubs 8-0, North East 2-1, and South Wales 7-0 and 4-0, they came up against Tensworth, North West, in the Semi Final. In a gripping first half it was end to end hockey and 0-0 at half time. But 10 minutes into the 2nd half Tensworth scored, the boys couldn’t recover and eventually went down 4-0.

So to the 3rd/4th playoff, once again against North East. The quality of the hockey both teams played defied belief for such young players. At 1-1, with 5 minutes to go, penalty shuffles loomed, but Niklas Siebold, picked up a through ball, turned and smashed a reverse stick shot into the bottom corner. The boys and coaches were delighted to come home with a bronze medal. 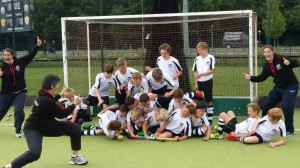 The U13 winning Panthers team from 2011, the Panthers won all their group games, beat the North East in the semi final on penalty strokes, then beating Ireland 2-1 in the final.